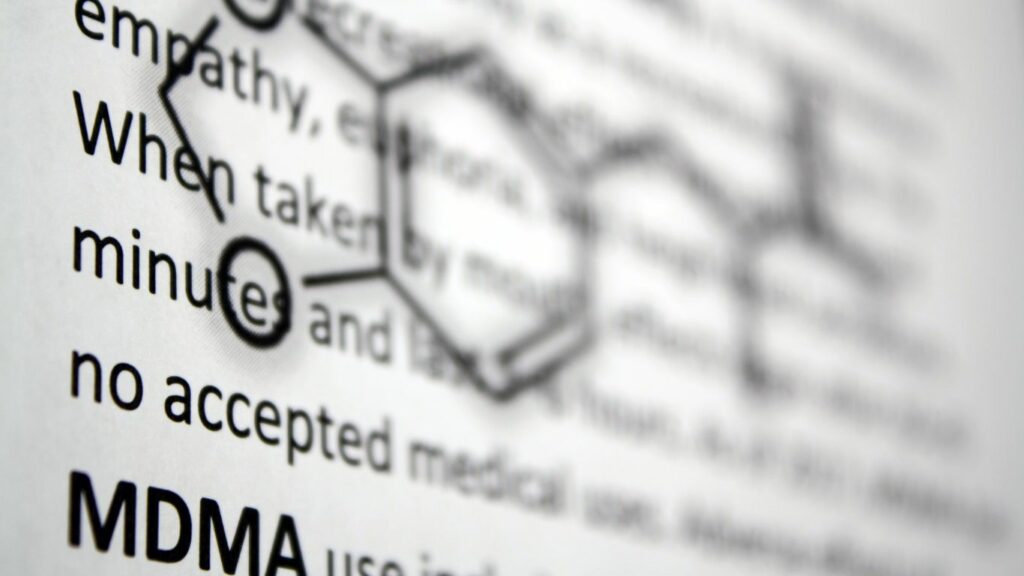 Often thought of as safer than other substances often treated in addiction treatment centers like cocaine or heroin, the party drug ecstasy, one of a group of psychoactive drugs that have become popular over the last decade or so, is often associated with the upscale club scene. People who use MDMA, also known as Ecstasy or Molly, are attracted to these party drugs due to the increased energy they provide, in addition to the mood and perception altering aspects of the substance. There are still the dangers involved in drug abuse when taking doses of MDMA, and if you have developed a habit regarding taking this or any other psychoactive drugs, DayBreak drug rehab center can help.

The party drugs Molly and Ecstasy are both forms of 3,4-methylenedioxymethamphetamine, or MDMA for short. Molly, MDMA or Ecstasy, regardless of the nomenclature, all are the same basic substance, which is a synthetic drug that combines the aspects of a stimulant and a hallucinogenic drug. Party drugs like Molly, Ecstasy, and other synthetic drugs are used on the club scene due to the increased energy and visual effects the hallucinogenic aspect produces.

What is the difference between Ecstasy, Molly, and MDMA?

What are the first-time effects of taking ecstasy?

Ecstasy or Molly affects the brains of users and produces feelings of pleasure, which attracts people to the effects of MDMA, including members of the teen and young adult population. There are a lot of negative effects, too, which can be serious.  In addition to a lack of inhibition which can lead to sexual promiscuity and other social problems, Molly or Ecstasy can also cause:

Is alcohol more dangerous than Ecstasy?

Addiction research and other studies on drug and alcohol abuse, including Molly and Ecstasy, have shown that alcohol is actually more dangerous to a person’s health.  This does not diminish the negative effects Ecstasy and Molly can have on a person’s life, especially if they take these MDMA-based substances regularly or to excess. Drug and alcohol addiction treatment programs tend to focus on what are considered more harmful drugs than Molly and Ecstasy, like heroin, prescription painkillers, cocaine, barbiturates, and methadone. People who use MDMA regularly can experience the same negative health impacts as people struggling with other substance use disorders.

How addictive is ecstasy?

Addiction research is ongoing as to whether people who use MDMA can become addicted in a traditional, physical sense.  Some people who use Molly or Ecstasy do report signs of addiction, but not to the extent or rate that is seen with heroin, cocaine, or other substance use disorders that people work through as part of addiction therapy.  Either of the forms of MDMA do affect the brain, causing rises in dopamine and other pleasure center substances, an effect people can and do seek to repeat.

Ecstasy Rehab. How can DayBreak Treatment help you?

DayBreak does have addiction treatment programs for drugs like MDMA.  Substance abuse can occur even when addiction is not currently happening.  This can lead to many negative effects in a person’s life, to their health, and overall well-being.  If you are struggling with Molly or Ecstasy and would like help, give DayBreak a call today at (844) 695-0083 to find out more about our medical detox, outpatient treatment, and mental health and substance abuse education resources.