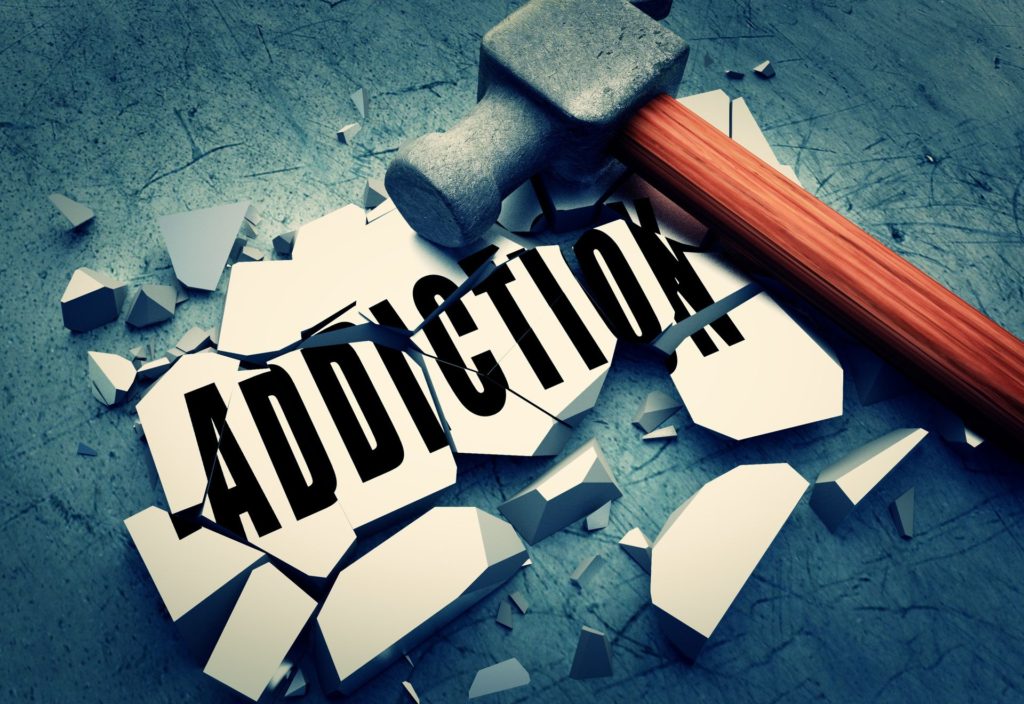 Drug and alcohol addiction is something millions of Americans struggle with. It’s a disease that can quickly take over and destroy someone’s life and well-being. But, like all diseases, the effects of addiction don’t just appear. They progressively worsen with each use.

Sometimes you can tell right away if someone is dealing with a severe addiction. Other times it might not be so clear. By better understanding how addiction progresses, we can tell what signs to watch out for in others and ourselves.

What exactly is drug addiction?

Addiction is a complex disease as each substance has different effects on the human body, and each person’s tolerances of those effects vary. Each person’s condition can be vastly different than another’s, especially when you consider each person’s motivation to use drugs or alcohol in the first place.

However true that may be, and however fast an addiction can form, studies have shown that four stages of addiction exist

The Four Stages of Addiction

One can begin using drugs recreationally for several reasons. One is out of pure curiosity of how the high will feel. That curiosity is often driven by the pressure they feel to fit in with others using that drug. In other cases, many turn to drugs to deal with some sort of emotional or physical pain. In any case, experimenting with drugs can quickly lead to the following stages, but the means to cope with personal issues drives one from casual use to addiction.

The definition of regular use of drugs varies greatly. For some, it might be limiting use to parties and other social situations. Others might use it on their own time without any particular reason. In any case, where someone is routinely getting high or drunk, it is a clear sign that they are dealing with an addiction.

3. Problem or Risky Use

The difference between regular use and problem use is when someone allows their addiction to interfere with their daily life. For example, someone might get extremely drunk or high despite it affecting their ability to follow through with work or responsibilities.

Dependence on a drug is typically defined as not being able to quit using a substance without experiencing withdrawal symptoms. These withdrawal symptoms are not only physical. One might have an emotional dependency in which they can’t function normally, or perform certain activities without using a particular substance.

It should be noted that addiction can form during the experimental phase. Some drugs are so powerful that a dependency is formed after a single use. Even if they aren’t, a person’s motive for using drugs can quickly create an addiction. Again, they may be using drugs to cope with personal issues or to feel normal in specific settings, which is considered risky use. If the habit persists, even a few times, it is a form of addiction that must be dealt with appropriately.

There’s a reason marijuana is labeled as the “gateway” drug. It’s because many people begin using the seemingly harmless drug to find out what a high feels like or to fit in. Unfortunately, that same motive typically leads someone to start using other substances shortly after that.

But it’s not fair, as a society, for us to pin down marijuana as the first drug that addicts always start with. In many cases, someone will use a harder and dangerously addictive substance first. That substance may be something like cocaine or heroin, but tobacco and alcohol are far more likely to be the first drugs people experiment with.

What does it mean to chase a high?

Our bodies have a tolerance to drugs that changes every time we use them. Each time the effects of a set dosage will lessen as our body builds an immunity to the substance. In other words, the extent of a high becomes less with each use if the same amount is taken.

This means the first time you use a drug, the high is more intense, and to get the same high again, more of the substance is taken. Heroin is often the drug linked to users chasing a high because the first time is so intense that each time one uses, they up the dosage and quickly build a severe addiction. However, the same is true for people who drink more or take more of any other drug each time they use it.

Why would you try other drugs?

There are plenty of reasons to try different drugs, all of which are the same as why you experiment with drugs in the first place. It can be due to peer pressures or curiosity, or maybe the first drug didn’t help you escape the problems you’re dealing with.

The only difference is that it’s easier to convince yourself to try something else after the first time. You have more of an understanding of how a high feels and are less reserved with further experimentation. That’s precisely the concept the name “gateway” drug comes from.

The most important thing to remember is that addiction is a slippery slope. While there are stages to addiction, experimentation can quickly turn into a dependency. Someone who uses drugs to feel normal or cope with personal issues is dealing with addiction. That’s why it’s essential not to let an addiction reach an apparent physical dependency before reaching out for help.