Top 10 Songs You Didn’t Know Were About Drugs 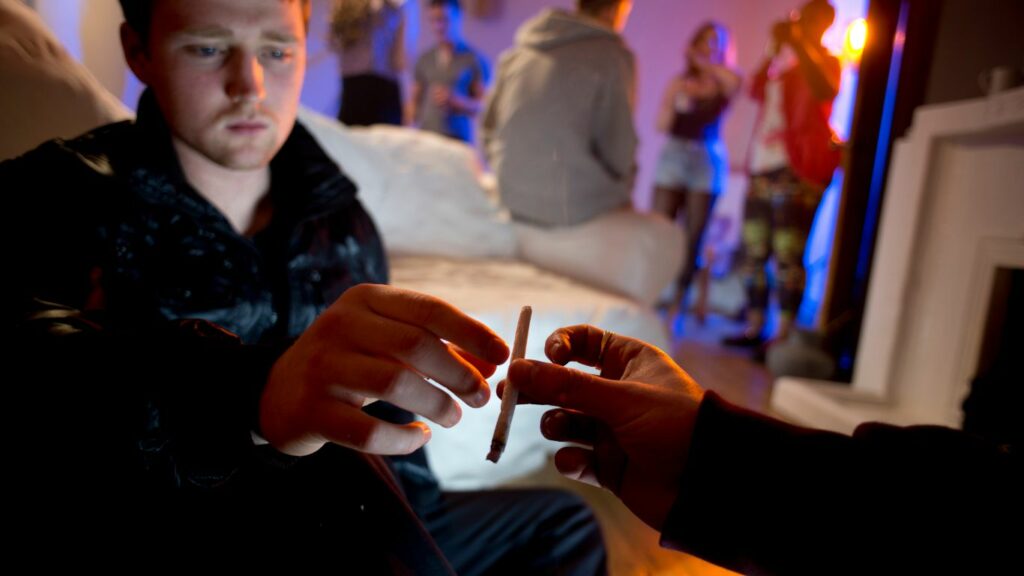 There are countless famous musicians who are infamous for their drug abuse, especially those in rock bands. Many have written songs about how drug abuse has affected them or those they love but wrote in a way that you may not have known they were actually drug songs. Here are some of the more famous drug songs that may surprise you:

Stevie Nicks wrote the song about difficulties living in the rock and roll scene while balancing the demands of being in Fleetwood Mac, doing drugs and her breakup with guitarist Lindsey Buckingham. “Gold Dust” refers to cocaine and it was about keeping going.

Probably one of the most upbeat songs of the 90s, Semicharmed life is actually about a man and woman on a crystal meth binge. Its story follows a drug user as he falls deeper into crystal meth addiction. The song is supposed to mimic the uplifting effects of the drug.

David Byrne, lead singer of the Talking Heads, has recounted how he wrote this song about a girl he once knew in Baltimore who took acid while laying in the grass near a Yoo-Hoo factory.

At first listen it comes off as a song about a passionate love affair, but the song is actually about cocaine. The Weekend wrote the song about his own struggles with drugs by personifying them as a lover he knows is bad for him but cannot stay away from. The lyrics accurately depict the struggles many have addiction, wanting to quit but unable to.

One of the more famous songs about drugs, “Dancing with Mr. Brownstone” refers to doing heroin. The drug song’s other lyrics “I used to do a little but a little wouldn’t do it so a little became more and more” are about the dangers of building heroin tolerance and having to do more to get the same high. Mr. Brownstone is also a reference to heroin drug dealers.

The song was written in 1967 during the band’s experimentation with psychedelic rock. The lyrics of Lucy in the Sky seem to reference the hallucinogenic effects of taking LSD, however John Lennon kept his stance throughout his life that it was not the case.

Another song with a chirpy tune but is actually much darker and about substance abuse. ‘Time to Pretend’ is about becoming famous and living the celebrity lifestyle, including doing copious amounts of drugs. The song ends with “We’ll choke on our vomit and that will be the end/We were fated to pretend” a clear reference to overdosing.

Every member of the Red Hot Chili Peppers has struggled with drug abuse. Anthony Kiedis wrote this song about finding sobriety while the rest of the band had not and feeling distant and detached from his bandmates. The song has references how he hit rock bottom because of his drug addiction.

“Yellow diamonds” is a reference to MDMA and the euphoric rush you get from the drug. It also has the famous Calvin Harris beat that is played in raves and clubs, where people are most likely to use MDMA. The music video also shows images of drugs, dilated pupils, and various pills making clear references to substance abuse.

Cudi describes the aftermath effects of the substances he consumed all night long. This hangover is accompanied by negative feelings that he had suppressed with substance abuse. “Pursuit of Happiness” is a relatable song for anyone who is struggling with mental health issues and substance abuse, as a form to self-medicate and find happiness.

Many musicians have struggled with drug abuse and written numerous popular songs about it. However, many have also been able to get help and found sobriety. At DayBreak Treatment Solutions we offer the same comprehensive substance abuse help to anyone, whether famous or not. Through our treatment program, you or someone you love can beat the hold of addiction. Get in touch with us today at (844) 695-0083.