New Street Drugs On the Rise During COVID-19 Pandemic 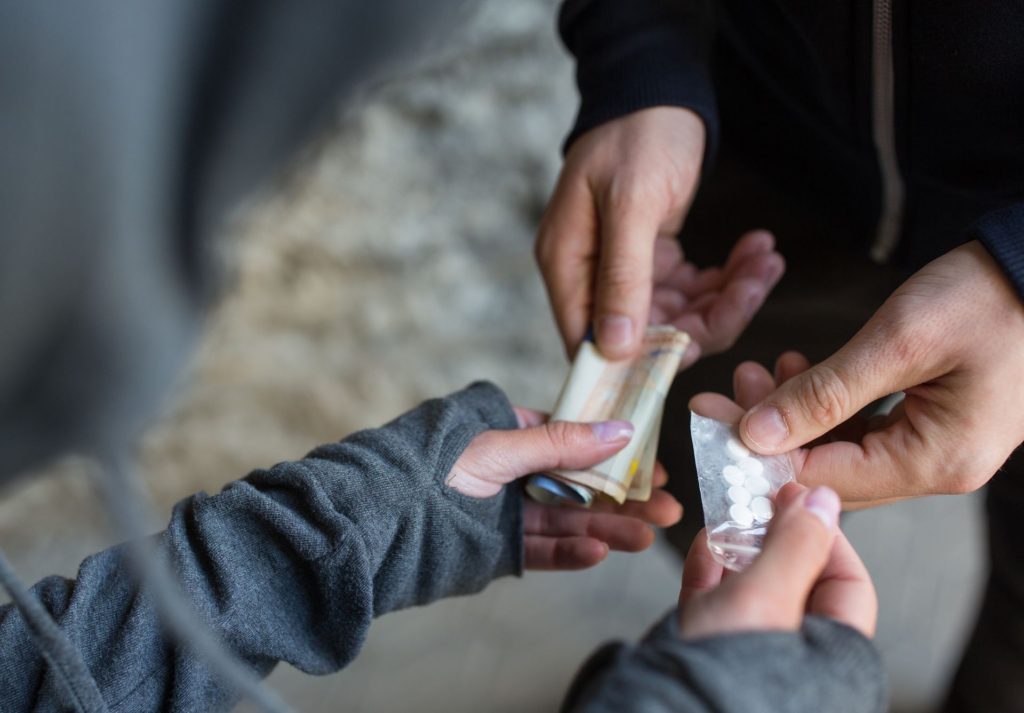 The COVID-19 pandemic has been anything but easy. Social distancing and health guidelines have taken a severe toll on our personal and professional lives. But crippling those aspects of our world is far from the only negative effect of the deadly disease.

On top of the hundreds of thousands of lives it has claimed, drug overdoses have spiked. According to the CDC, more than 81,000 drug overdose deaths were reported in 2020. That is more drug overdoses we’ve ever seen in a single year.

Among all else, new street drugs are beginning to rise in popularity. Now, we can link the effects of the drugs and COVID-19 to one another. 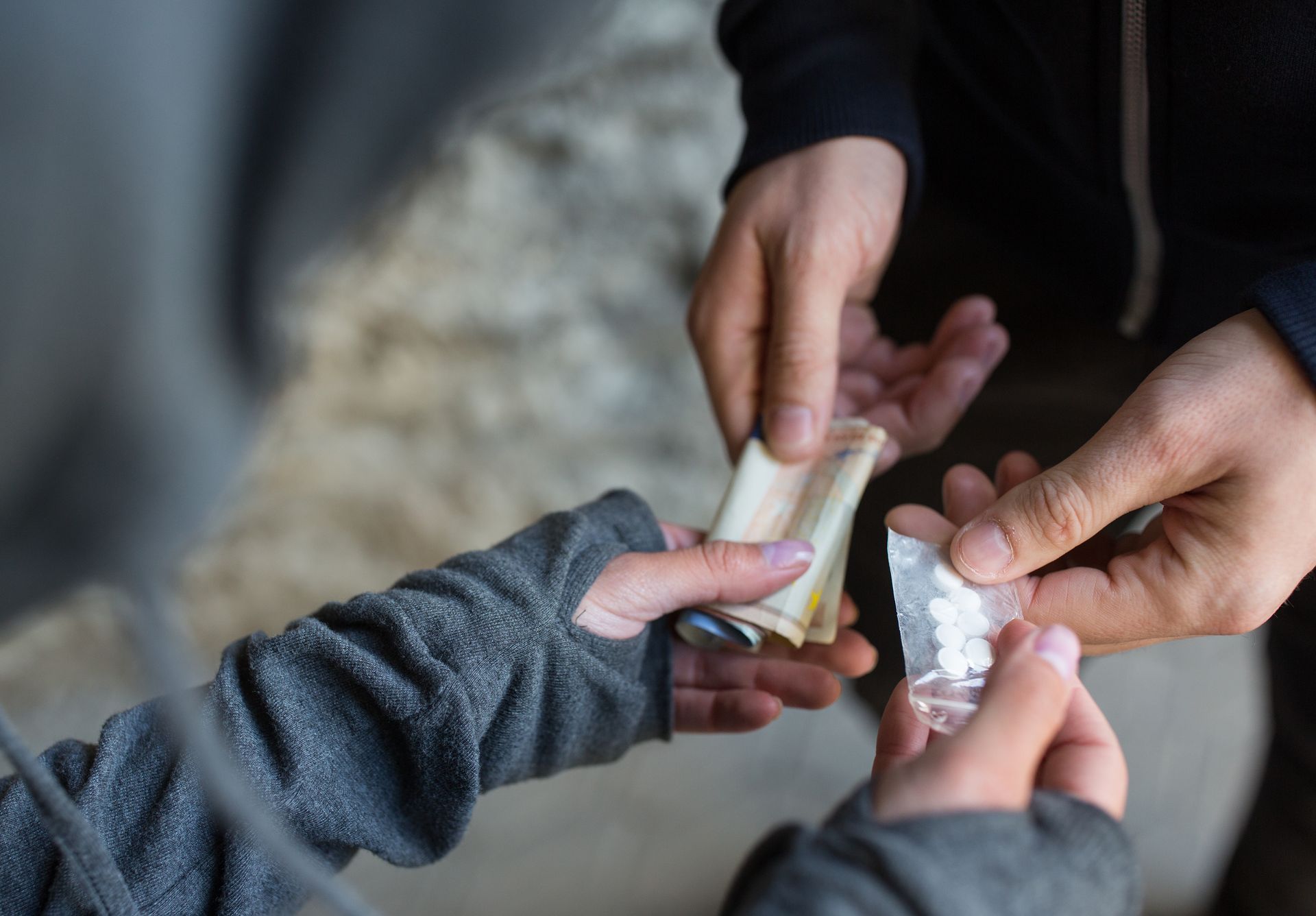 What is a street drug?

Street drugs are an age-old enemy of the population. But what are they? By definition, they are any substance sold and obtained illegally and taken for getting high. That means many substances fall within the category, not just the hardcore drugs that immediately come to mind.

We must always be aware that not all substances that can produce a high are obtainable exclusively through illegal means. Drugs one is prescribed or available over the counter are just as likely to be misused—an excellent example of this is the use of over-the-counter cough syrups containing dextromethorphan to get high.

What are the most popular street drugs?

Drugs like cannabis, meth, and prescription opioids aren’t anything we’re unfamiliar with. However, during the pandemic, many of the existing street drugs have seen a spike in use. According to economist.com, the top five most abused substances during 2020 are as follows:

What’s interesting to note is that a few of the drugs that have a long history of popularity have seen a drop in their use. MDMA and cocaine both saw a decline in use, which may be based on two factors. The most likely is the lack of club scenes as these are “club drugs.”

Another likely reason some of the others drop in popularity can be the result of travel restrictions curbing drug cartels’ efforts.

With that said, a few drugs are climbing the ranks and growing more and more popular.

Many speculate that the rise in the drug’s popularity is due to Covid-19’s disruption of the drug supply chains in North America. Unfortunately, this drug is often used for the same ill-natured intentions that fentanyl is. It’s even more unsettling because it’s both more powerful and more affordable than its counterpart.

Gamma-hydroxybutyrate (GHB) is rising in popularity as nightclubs and social events open back to the public. The drug has a prescription for treating symptoms of narcolepsy or excessive daytime sleepiness.

As for its effects, GHB causes feelings of excitement, hallucinations, and sometimes drowsiness. It’s earned the nicknames Fantasy, Liquid Ecstasy, and the New Ice. Those names give a clear indication that it is taking the place of other popular club drugs. One should note that it does come in a liquid form, but it may also appear in a white powder form.

The CDC reports that of the 81,000 overdoses in 2020, fentanyl is responsible for 38.4 percent of them. And while fentanyl isn’t a new threat, the rising numbers of its impact during the pandemic shows that we all need to be taking it more seriously.

This potent drug is roughly 100 times more potent than morphine and is often used for lacing other drugs to increase their effects. Many times, users who overdose on it are not aware that they are taking it because dealers spike their supply without warning.

Flakka is a powerful drug that we can suspect is rising in popularity due to nightclubs’ return. This drug is a stimulant that creates a high that rivals amphetamines but is known to trigger dangerous and strange behavior, much like bath salts.

Flakka is often called gravel due to its appearance. The substance comes in the form of either a white or pink crystal. Unfortunately, that allows dealers to lace other drugs with this substance. It is likely for cocaine or MDMA (molly) to be laced with it.

According to Goodrx, this is one of the top ten most prescribed pills in the United States. The drug’s medical use is to help treat seizures in adults with epilepsy or nerve pain. It is not an opiate, but the effects are similar to that of one.

The opioid-like effect is what makes it desirable to someone trying to get high. In many cases, it’s used in place of opiates or elevate the impact of those they are taking. According to the National Library of Medicine, misuse of this medication has been on the rise in recent years. Even scarier, it is suspected of increasing the risk of overdoses for heroin users because it can have a reversal effect on one’s tolerance.

It is a central nervous system many suspects are rising in popularity due to the pandemic and the stress it inspires. According to EMRA.org, it is possible to overdose on this drug and experience withdrawal symptoms. Despite the dangerous and addictive nature, little research or attempts to control its distribution are in place.

How do new drugs come about?

But where are these drugs coming from? The first thing to realize is that new drugs aren’t always fresh. The majority of the medicines in the list above were first synthesized in the 1960s or the 1970s, except Kratom—a naturally growing plant that’s use dates back centuries.

A lot of factors influence a drug’s rise in popularity. Its potency and effect combined with societal influence are indisputable contributors.

Did they emerge because of the pandemic?

New club drugs coming into popularity can be based on a few factors. One of which is the disruption of drug trafficking due to travel restrictions in the US due to Covid-19.

Furthermore, according to the CDC, 40% of adults in America reported struggling with mental health and substance use issues. 31% of them claimed to be working with anxiety and depression, and 13% either began using or increased substance use.

If we look at the effects of some of the drugs rising in popularity, we can undoubtedly connect that they are being used to deal with the pandemic’s emotional effects.

It’s an unfortunate reality that drug abuse is forever evolving. Regardless of the world’s shape, it will find a way to continue. Suppliers will find new ways to meet the consumer’s demand, while users will find unknown reasons to feed their addiction.

While it’s a blessing to have the Covid-19 Pandemic slowing to a stop, we are coming out with new threats to facedown. If you or a loved one struggles with any of these substances or otherwise, you can always seek help from an addiction treatment center to help you overcome it.