History of Cocaine: From Creation to Distribution to Nose 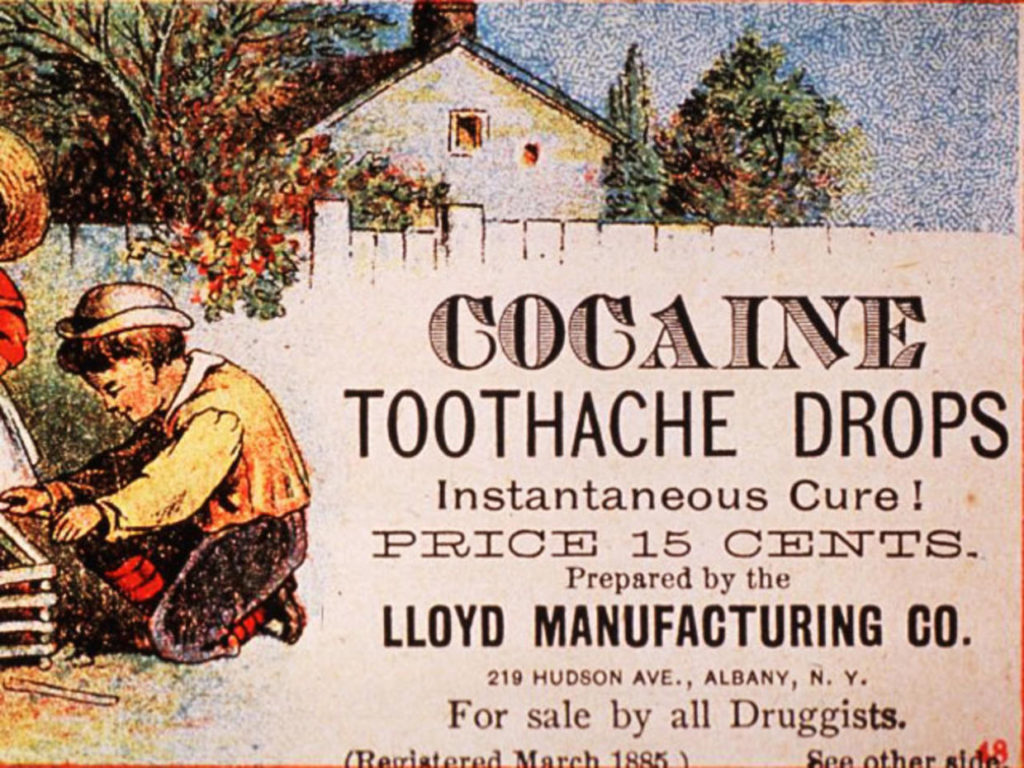 Unfortunately, cocaine doesn’t need much of an introduction. Its presence in pop culture is nothing new, and it’s likely that someone you or someone you know has personally encountered the drug.

It’s no secret that this schedule II drug is one of the most potent, addictive, and widely used natural origin substances. But what exactly is cocaine, and why do people use it?

Cocaine is a highly potent stimulant that commonly appears as a fine white powder and goes by many names. The most common street name for cocaine is coke, but other names include blow, powder, C, and snow.

As a powder, there are two common ways to introduce cocaine to the body. Snorting and injecting are two of the most popular methods of taking the drug. However, injecting it or taking it orally is also an effective manner of getting high on the drug.

Cocaine should not be confused with its sister drug, crack. Crack is a derivative of cocaine that involves mixing the drug with water and baking soda to be smoked. Both drugs have a similar effect on the user. Only the high crack produces much shorter. Furthermore, because of the high levels of impurity, crack is often far cheaper than cocaine.

Where did it come from?

Cocaine is of natural origin. Like heroin, another highly potent and addictive drug, cocaine comes from a plant. The plant the drug comes from is known as the coca plant, which is natural to western South America. Also, like heroin, the use of its effects goes back thousands of years—records indicate its use going as far back as 3,000 B.C.

The ancient Incas and Andes were some of the first people known to take advantage of the coca plant’s effects by chewing on the leaves. The effect was used to overcome the thin mountain air they lived in. The native Peruvians are also known to have chewed the plant for religious ceremonies.

When the Spanish invaders entered Peru in the 1500s, they too would begin to use the drug.

Despite thousands of years of exploits, cocaine would be extracted from the drug until 1859 by a German chemist named Albert Niemann. By the 1880s, cocaine would become famous for use in the medical community. Even polarizing names of modern society, like Sigmund Freud, would praise the “magical” drug. A book was published titled “Cocaine Papers” that was an analogy of Freud’s letters, notes, dreams, and thoughts on cocaine.

In the late 1880s, Cocaine Toothache Drops were available by companies like Lloyd Manufacturing Co. The ads like the one above show children, displaying how many thought the drug was safe.

Cocaine was so popular that John Pemberton would include coca leaves as an ingredient in his, then new and now world-renowned, soft drink, Coca-Cola.

By the early 1900s, the adverse effects of cocaine use were apparent. In fact, by 1903, Coca-Cola no longer used coca as an ingredient, and the pressure was on to stop the widespread abuse of the drug. In 1914, the Harrison Narcotics Act officially outlawed the sale of coca and opium products.

But, as we know, laws only stop law-abiding citizens. Unfortunately, the drug would still make its way to the people who wanted it. In the 1970s it was popularized as a fashionable drug by celebrities and the wealthy.

In this period, Columbian drug traffickers would begin to smuggle the drug into the U.S., a problem that exists to this day. What’s even worse is that by the 1980s, cocaine was no longer viewed as a drug reserved for the select few wealthy individuals that could afford it. Instead, its widespread availability and use among the general public would make it a common street drug, despite its potency and highly addictive nature.

How does it affect people?

Cocaine is a potent stimulant that sends high levels of dopamine to the parts of the brain that control pleasure. The result is an intense sensation of energy and alertness.

The ancient Incas chewed coca leaves because it elevated their heart rates, helping them stay alert and energetic in the thin mountain air that otherwise has an opposite effect on the human body. Similarly, the Spanish used the leaves in the 1500s because it helped them manage the exploits of Peruvian silver mines.

Sigmund Freud himself praised the drug’s ability to cure depression and sexual impotence.

The high it creates are just the short-term effects. And before its use would run rampant, the harmful effects it had weren’t widely known.

Cocaine might create an intense high but at a considerable expense. Side effects include headaches, mood swings, sexual impotence, loss of smell, bowel decay, headaches, convulsions, and seizures. In short, it will worsen the problems it is used to solve. Not to mention, cocaine is highly dangerous, and abuse can lead to a fatal overdose.

Why is cocaine so addictive?

Cocaine is potent and influences our neurochemistry. The profound and “positive” effects are precisely what makes it highly addictive. Essentially, it impacts the brain’s reward system, and in some people, it can be enough to trigger an addiction after a single use.

Cocaine addiction isn’t limited to someone relying on it to function as normal. It can appear as the need to use cocaine to fit in or engage socially. After all, cocaine is a club drug, and many people use it to partake in parties or other social events. If you or someone you know is displaying these tendencies, it’s essential to reach out or seek help as soon as possible because of the drug’s dangerous nature.

Cocaine is nothing new, and unfortunately, there’s seemingly no way to hide from it. Even your favorite soft drink may have been influenced by this drug’s presence in the world. That doesn’t mean keeping it out of your life is impossible. Nor is it impossible to get the help you need to stop using it in your life.