Why Are Prescription Drugs Addictive? Help Me Understand. 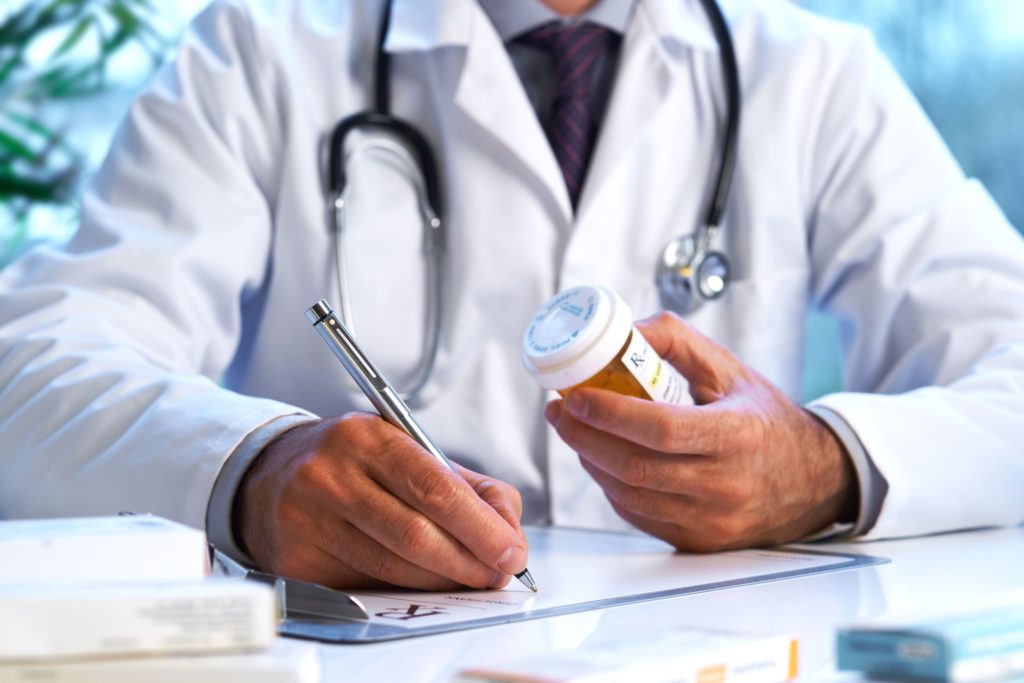 We don’t like to think that prescription drugs will make their way into the wrong hands. That medicine is meant to help people with illnesses stay healthy. But, unfortunately, many of those very people are taken advantage of or take advantage of the fact that their medication can have desirable effects on drug abusers.

What makes prescription drugs such a threat, though? Why are they so addictive if they’re meant to treat medical conditions? Don’t worry. We’re here to help clear things up by providing you some answers about prescription medications and drug abuse. 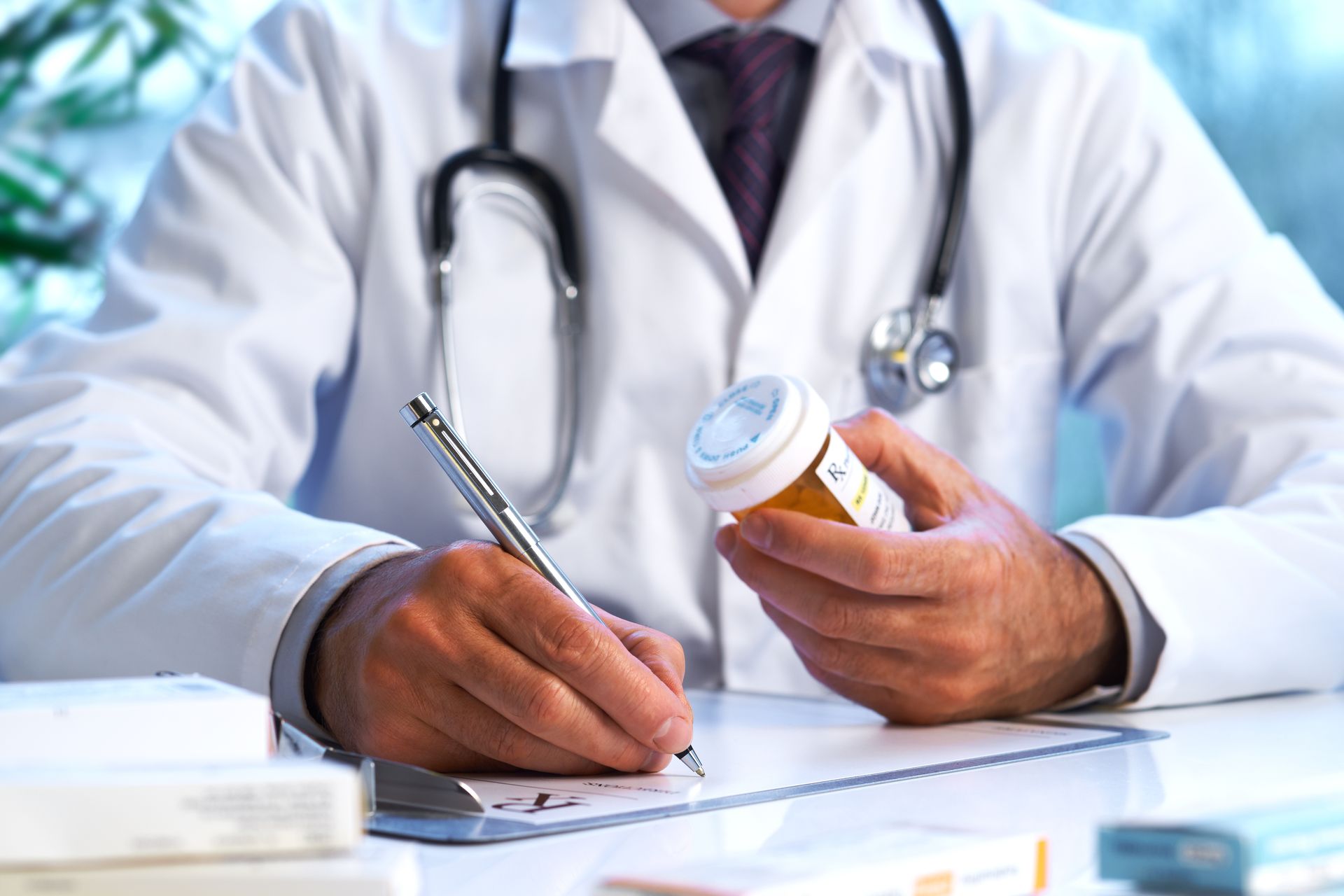 Why are prescription drugs so addictive?

Have you ever wondered why prescription medications need to be prescribed by a doctor in the first place? It’s actually because the government knows that these drugs, while useful for treating medical issues, have a high chance of being abused or causing addiction.

All drugs are broken into scheduled classes, of which there are five. Which class a drug fits into tells us how likely a drug is to be abused and/or cause addiction. As you move up in classes, the more dangerous the drugs can be.

Scheduling works in reverse order from V (five) to I (one)—five being the least dangerous and one being the most. Anything between IV (four) and II (two) are drugs that trained specialists must prescribe. Schedule one drugs have no legal, medical use and are illegal for use in any case, while schedule five drugs are those you can legally buy over the counter.

Something to understand is that many prescription drugs either rely on highly addictive chemicals or profoundly affect the physical or mental condition. If abused, they will likely lead to either a physical or mental dependency, which can easily happen if these drugs aren’t taken as the doctor instructs.

What does it mean to be addicted to prescription drugs?

Addiction to prescription drugs is no different from alcohol abuse or with any other drug addiction—even if the drugs were legally obtained through a doctor administering them. It simply means an individual is taking the drugs to satiate a physical dependency or as means to cope with an emotional issue or even mental illness.

Those who are addicted to prescription drugs might try to use their prescription as a way to shroud or deny their addiction. This aspect may confuse things, but they are still abusing the drugs nonetheless. If someone is saying they had to up their dose or take drugs more frequently than the doctor directed them to, they are abusing and may need help.

What are some interesting facts about prescription drugs?

Many of the most dangerous drugs cannot be prescribed. Substances like heroin, LSD, peyote, and ecstasy have no legal medical use. However, fentanyl, which is about 50 times more potent than heroin, is legally prescribed, as is cocaine in very rare cases. Furthermore, a drug known as Carfentanil which is more powerful than fentanyl, can be prescribed for animals and often makes its way to the streets.

Many of the most addictive prescription drugs are opioids, which use the same main active chemical as heroin. Even if they are far less potent, opioids can be dangerously addictive.

While opioids are often the most addictive, they aren’t the only prescription drug that can cause addiction. Barbiturates, sleeping aids, or anything else in this category can just as likely be abused for their effects.

While all drugs can be misused, it’s only likely that those with desirable effects or the more powerful substances will be abused. It’s only natural to question which drugs those are. That is why we put together a list below that highlights the five most abused prescription drugs in the US.

Amphetamines are meant to treat ADHD disorders. These drugs boost alertness and concentration. The high they produce is incomparable to speed, which is why this drug is often abused.

Barbiturates are intended to treat anxiety, seizures, and sometimes sleep disorders. These are sedatives, which means they put a person in a more relaxed state. Unfortunately, there is a high chance that abuse will lead to an addiction.

As with barbiturates, benzodiazepines are sedatives, and they are prescribed to treat the same conditions. Only, these are more powerful and typically used for more severe cases. They are more potent and are more likely to lead to addiction.

Methylphenidate is yet another medication used to treat ADHD and has the same effect as amphetamines. Only, the effects come on and peak much sooner. These create short highs and are often abused for their effects.

Painkillers are generally the most abused drugs in the US. They help the body reach a more relaxed state and impact one’s mental state if potent enough or taken in vast quantities. Opioids are common in this category and are the most likely to be abused.

Prescription drugs aren’t the only legally available drugs that see abuse. Alcohol, nicotine, and cough medicines are all examples of drugs one can easily purchase over the counter and abuse.

The point is that you want to look at abuse as abuse, regardless of how drugs are obtained. Therefore, any time you notice someone, yourself included, abusing drugs, it should be taken seriously as it can quickly lead to a dangerous addiction.